"I am a storyteller; my songs say so."

Sióbhan, Sio, The Twilight child, King is a storyteller, who uses music and poetry to tell her stories. A lover of words and melodies, the Johannesburg based songstress often gravitates towards dark imagery, weaving love, thoughtfulness, and dash of rebellion in her work.

With a unique gift of storytelling and a voice to match, Sio has become a respected and much sought-after vocalist both locally and abroad, with an uncanny ability to make hits that stand out, not only from the crowd, but each other. She seamlessly weaves her stories though house, electronic, soul, hip hop and dance music and refuses to be confined to one style.

She considers herself a lyrical snob, making pains to write songs which look at things from a different angle. She is a storyteller at heart, and she sings in an old style. Her unique voice is the head turner that makes the listener want to indulge in her stories which have graced the ears of people around the world. She has a loyal following in underground music circles, who appreciate her ability to move between house, electronic, dance and soul music seamlessly.

UPZ, Cuebur, Dwson and Charles Webster to name a few, with remixes of the Hit Single 1000

Memories By Jullian Gomes reworked by the stellar quartet of Osùnlade, Fred Everything, Karizma, Atjazz and many more worldwide. With a string of house anthems, the Johannesburg based South African songstress, refuses to cave into industry expectation. Her debut album Sbtxts, released worldwide on the 23 August 2019 by Sty Tru Bts, is a capsule of story driven soulful, electronic sounds, that captures a time of a girl in love, in all its angst, desire and yearning and has been very well received globally.

In Sbtxts, Sio shares very personal snippets of herself. Inspired by ‘the things that go unsaid’.

She teams up with the UK’s Atjazz, and South Africa’s Luka, Daev Martian, Zain Valley and Jullian Gomes to show off her softer, more sensitive romantic side, earning her the Apple Music artist spotlight for the Month of September 2019 and ‘Native Language,’ the second single from her album scouring a spot on the Apple music top 100 songs of the year for 2019.

2020 is dubbed ‘the year of the collab,' for Sio as she teams up with various incredible artists including Kid Fonque and Jonny Miller to make ‘Soulfully Broken,’ featured their lastest offering called the ‘Out Put EP,’. She also teamed up with her long time collabora- tor Luka on a moody alt electronica soul album called “Beyond Heaven and Earth,” released on September 25, 2020. November saw Sio drop 2 beautiful collaborations, ‘Burning,’ and ‘Love lives,’ with the

Legendary Charles Webster on his tastes Album ‘Decision Time,’. She also dropped a a cool single that was born from the Hyundai Venue Ad called ‘We’re not done yet,’.

Other hits by Sio include ‘Locked’ with Sgvo, ‘Reverse Flight’ with Dunn, ‘Forbidden,’ with Dwson and ‘Native Language,’.

After a 12-month Hiatus, she returned to hold the number 8 spot on the Traxsource top 100 Vocalists of 2020 as well gracing the RedBull Stage at OPPIKOPPI24 2018 and has shared the open for Tom Misch in 2019.

Sio opened the South African Leg and World Premier of the “Lionbabe Around The World Vitual Tour,” Live on @alchemysa’s instagram page on 2 May 2020.

Sio’s first House Album ‘Features’ dropped worldwide on Friday the 23rd of April, where she features Dunn, Dwson, Charles Webster and Kid Fonque, to name a few, flipping the script on the standard house feature and receiving great reviews globally for her courage to tackle meaningful subjects and the stellar productions.

Apple Music crowned Sio their May 2021 ISGUBHU Cover Star, where she curated a homegrown playlist featuring music from South Africa, sharing it worldwide.

On July 30, 2021, she released her first book, a collection of poems she wrote on her poetry page titled “The Dawn of Night: The Twilight Child,” on Amazon and Amazon Kindle. 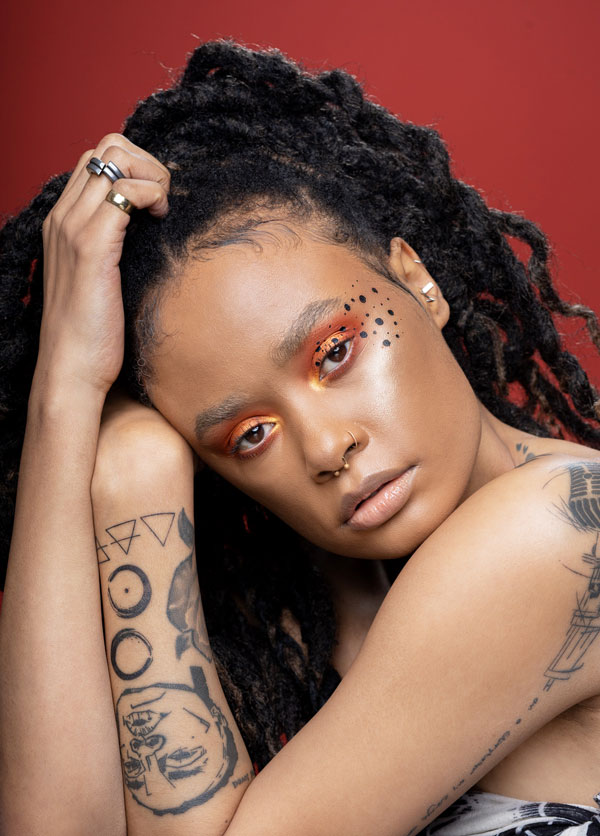