Fired up by Nando’s, the Process of Design Collaboration is a live hybrid event taking place on 28 September that will be streamed from the Women’s Jail at Constitution Hill.

Using the Nando’s Hot Young Designer (HYD) programme as a case study, this session focuses on the practical evolution of design products – from image to actual. Find out what went into creating the Sangu Bench by Katlego Tshuma and the Mbokodo Bench by Anele Vezi.

There are 50 tickets available to attend live, and the option of streaming the event wherever you are.

Malibongwe Tyilo is a multimedia content producer, content strategist and editor whose expertise lies in the fields of fashion, art, design and culture. All of which are subjects he has explored on his own online platforms, and  as a columnist for City Press, House and Leisure, ELLE, Woolworths W magazine, and Woolworths TASTE magazine; as Editor-At-Large and then Contributing Editor for Visi magazine; as Contributing Editor and then Digital Editor for ELLE South Africa as well as ELLE Decoration, and as a Digital Content Strategist and video producer for Associated Media Publishing across titles such as Marie Claire, Cosmopolitan and House and Leisure. Malibongwe is currently focused on producing video content for Nando's Design Programme as well as his role Associate Editor for Maverick Life, the Daily Maverick's recently launched online Lifestyle Magazine

Katlego Tshuma is a self-taught, multidisciplinary designer, from Tembisa, Johannesburg. His design repertoire includes product design, illustration, and motion design. Katlego won the 2020 Nando’s Hot Young Designer talent search competition for his entry, The Sangu Bench. Sangu is the Xitsonga name for a traditional African grass mat. In 2021, the bench was brought to life in collaboration with Dokter and Misses co-founder, Adriaan Hugo; and exhibited as part of the inaugural Right Here Right Now! art and design exhibition in Cape Town

Durban-based Anele Vezi is a young interior designer, co-founder of Vezarra, a furniture design brand he co-founded with his brother. He studied Architectural Technology at the Durban University of Technology. He was also part of Design Indaba’s Emerging Creatives for 2020 and a top ten finalist for the 2020 Nando’s Hot Young Designer talent search competition for his entry, the Mbokodo Bench, which takes its inspiration from Zulu women’s traditional attire, referencing items such as Isicholo (hat) and Isgege (skirt). In 2021 he collaborated with Theurbanative to bring his bench concept to life and exhibited it as part of the inaugural Right Here Right Now! art and design exhibition in Cape Town.

Industrial designer Adriaan Hugo is the co-founder of Dokter and Misses, a Johannesburg-based multi-disciplinary product design company, which he established in 2007 in partnership with graphic designer Katy Taplin. Tey develop furniture, lighting and interior solutions for private and corporate clients as well as educational institutions. Their pieces form part of a growing catalogue of limited-edition collectible work that has been exhibited in Basel, Dubai, London, New York and Miami. Their pieces can be best described as modernist, with strong construction lines and bold colours that form graphic shapes and spaces.

In 2010, the company produced furniture and lighting for the residential development Main Street Life in Maboneng and designed a room for the 12 Decades Hotel in the same precinct. In 2011, they launched the still-popular De Wildt ceramic range, which includes canisters, cookie jars, decanters and egg cups. The following year they designed customised drawing desks and lockers for the studios of the University of Pretoria’s architecture department. In 2014, their cabinet LALA Shwantla was nominated for the Design Indaba’s Most Beautiful Object in South Africa competition.

Famed American interior designer, Kelly Wearstler, went on to include one of these cabinets in one of her LA home projects. In 2014, they were featured in the New York Times and in the same year, redesigned the trophy for the MTV Africa Music Awards, as well as exhibiting at Design Miami/Basel, the global forum for design. In 2015, the pair was awarded the Design Foundation’s icon award.

Her design philosophy is focused on developing a deeply conscious response to the particular requirements of her clients. “Powerful brand experiences which reflect the vision and values of the projects initiators are at the heart of my creative direction. The intended outcome is the realisation of a product, event, experience or interior that has the ability to inspire, to be more than the sum of its parts. In addition to conscious creative direction, the meaningful collaboration with local Southern African crafters, designers and creatives is an integral aspect of my design approach.” 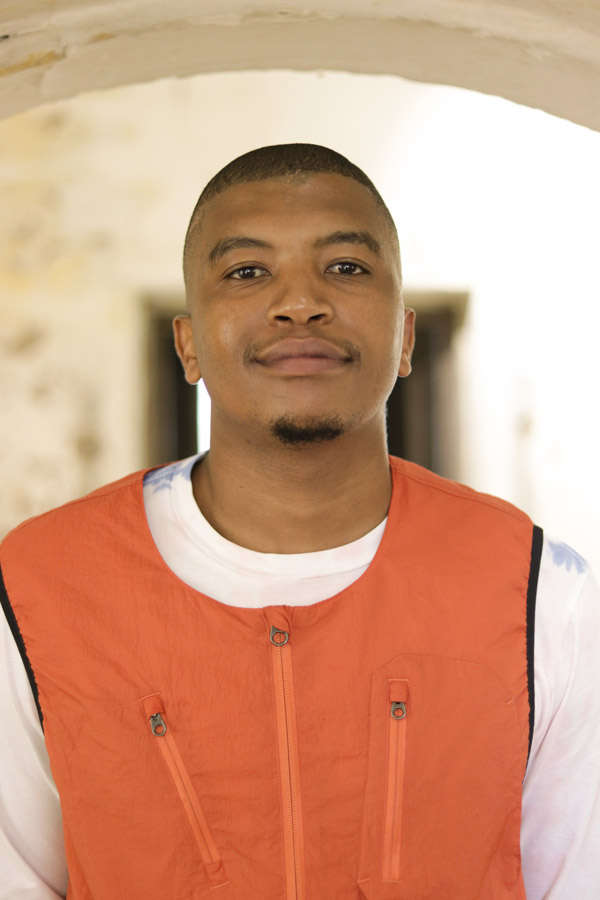 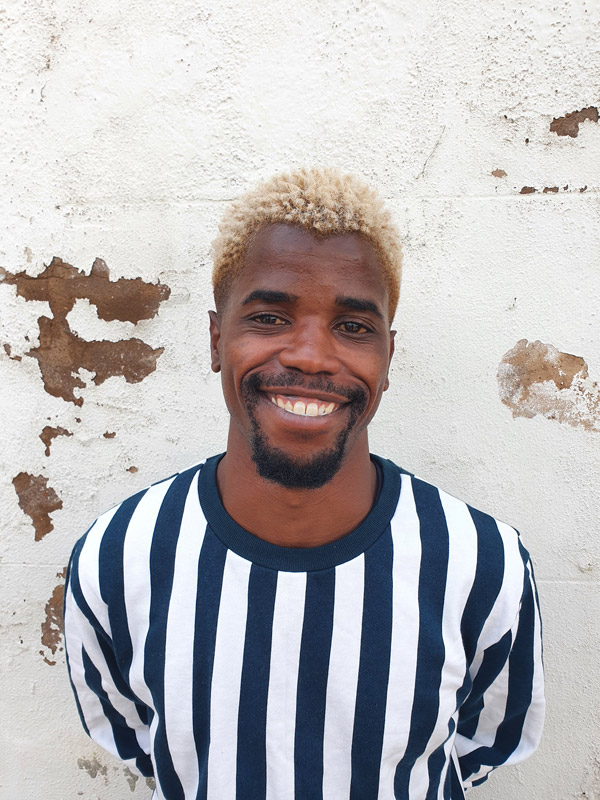 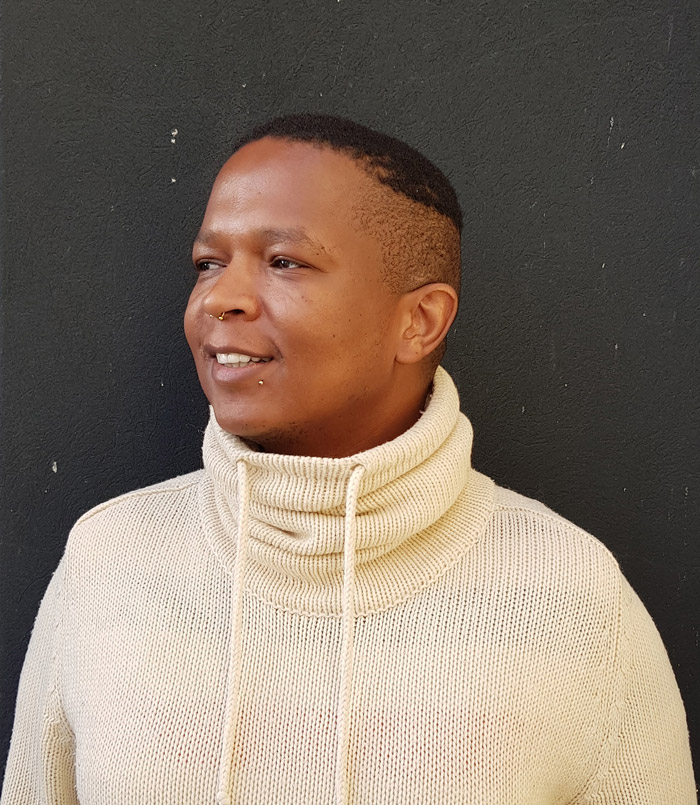 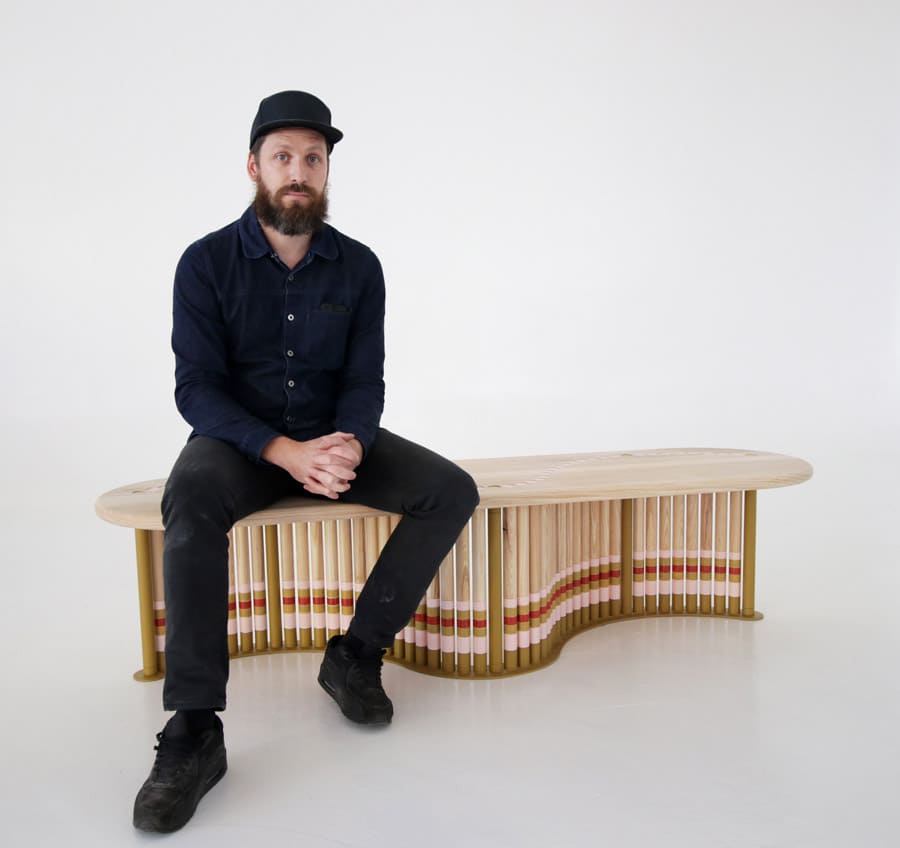 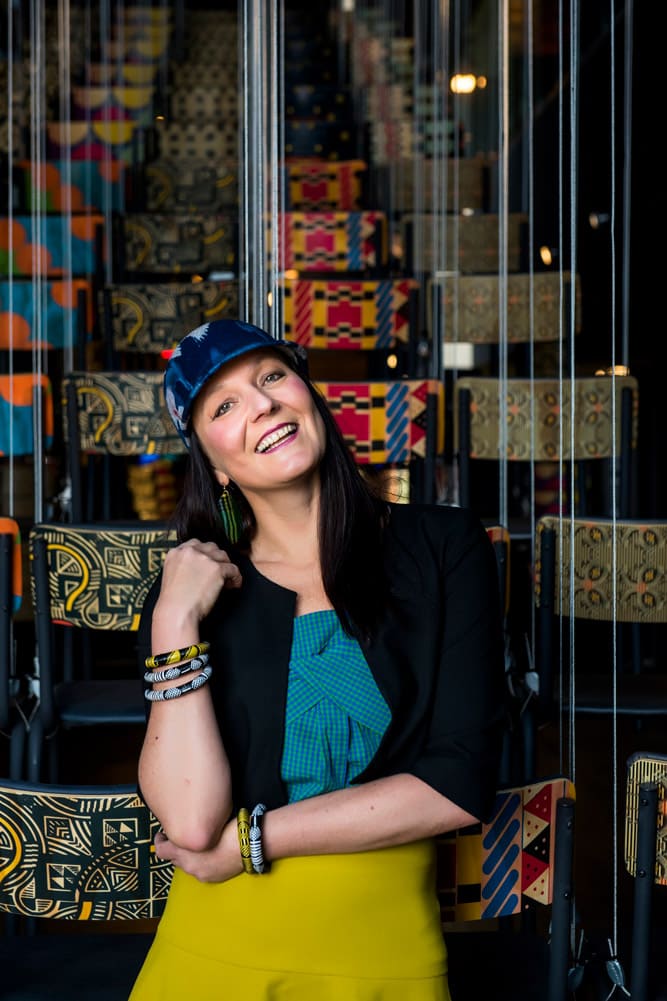